I had an ugly fight with my brother the other day.

Fueled by a desperation born of stubbornness and pain, the argument looked a lot like something terribly uncomfortable Jesus once said: “Don’t think I’ve come to make life cozy. I’ve come to cut—make a sharp knife-cut between son and father, daughter and mother, bride and mother-in-law—cut through these cozy domestic arrangements and free you for God. Well-meaning family members can be your worst enemies. If you prefer father or mother over me, you don’t deserve me. If you prefer son or daughter over me, you don’t deserve me” (Matthew 10:34-37).

Or bother or sister. Family members, my brother and I, cutting against each other…and what was the source of this ugliness? Jesus Himself.

Here’s how the fight looked: I relentlessly battered my brother with a gospel-mallet of what I thought was love, but looked a lot more like lunacy, and he repelled my onslaught with grenades of anger and doubt. It was a hotly contested spiritual battle, with no obvious “winner.” Quite the opposite, in fact; when he called me a phony, I retreated outside to the great dark sky, my safe place, and he stormed off to bed, both of us feeling wounded and raw, but neither one willing to come to the other’s “side.” 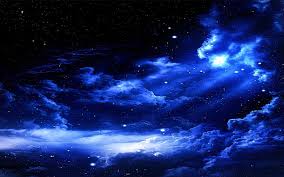 Speaking of lunacy, C.S. Lewis once famously said this about Jesus: in evaluating what Jesus claimed He was, what He said about Himself, we are left with only three options we can decide Him to be –  lunatic, liar, or Lord.

The “Mad, Bad, or God” argument goes like this (I will not even attempt to paraphrase Lewis; his words are strong and clean and infinitely more convincing than mine could ever be):

“I am trying here to prevent anyone saying the really foolish thing that people often say about Him: I’m ready to accept Jesus as a great moral teacher, but I don’t accept his claim to be God. That is the one thing we must not say. A man who was merely a man and said the sort of things Jesus said would not be a great moral teacher. He would either be a lunatic — on the level with the man who says he is a poached egg — or else he would be the Devil of Hell. You must make your choice. Either this man was, and is, the Son of God, or else a madman or something worse. You can shut him up for a fool, you can spit at him and kill him as a demon or you can fall at his feet and call him Lord and God, but let us not come with any patronizing nonsense about his being a great human teacher. He has not left that open to us. He did not intend to. … Now it seems to me obvious that He was neither a lunatic nor a fiend: and consequently, however strange or terrifying or unlikely it may seem, I have to accept the view that He was and is God.”

My brother kept demanding “proof” that Jesus rose from the dead, and although there are over 500 eyewitness accounts of people who witnessed Him walking around after his brutal murder, I could not give my brother what he wanted. What I remember saying is that if we had Facebook posts or Snaps or some video evidence of Thomas poking his finger into the holes in Jesus’s wrecked wrists or of Jesus having fish on the beach as He lovingly restored the all-too-human Peter, then what would be the need for faith?

I don’t believe Jesus is a poached egg, or even that He ever thought He was.

I don’t believe the Jesus who healed the leper and forgave the adulterer and supped with sinners is a demon. How could He be? His actions were not evil, but infinitely good.

And more than that, I take Him at His word when He commissions us to “Go into the entire world and preach my Good News to all creation” (Mark 16:15).

Poor Jesus. He was surely shaking His head as He listened to me buffet my brother with His “Good News.”

Guess what, Cheryl? I can hear Him suggesting. Yelling at someone is not the method I would recommend to win others over to Me. Have you tried gentleness?

So you mean the Good News is so good, that if I choose love over judgement, kindness over condemnation, faith over fear, if I live my life in light of what You have done for me – in trust and quietness – instead of arguing over who You say You are…You mean fruit will grow from that? That it’s not even up to me, but Holy Spirit? Is that what faith looks like?

Yes. That is what I’m saying. Gentleness.

I was reminded in the aftermath of this awful fight that even John the Baptist had his doubts. Even though John baptized Jesus and saw Holy Spirit descend upon Him like a dove, even though, after that, he heard the booming voice of God declare, “This is my Son, whom I love; with him I am well pleased” (Matthew 3:17), even though pre-birthed John actually leapt for joy in his mother’s womb when in utero Jesus entered the room – even though, even though – John still asked from Herod’s prison cell, “Are you the Messiah we’ve been expecting, or should we keep looking for someone else?” (Matthew 11:3).

Looking for someone else, John? Hadn’t Jesus done enough, hadn’t being around Him been evidence enough, hadn’t you seen enough, heard enough, felt enough in your spirit that Jesus is the Christ?

John the Baptist! If even he could doubt, we are in good company, indeed.

So what did gentle Jesus answer, when John’s followers waited to take His answer back to John?

“Go back and report to John what you hear and see: The blind receive sight, the lame walk, those who have leprosy  are cleansed, the deaf hear, the dead are raised, and the good news is proclaimed to the poor. Blessed is anyone who does not stumble on account of me” (Matthew 11:4-6).

And if that wasn’t enough, Jesus went on to praise John as if he had never doubted at all. To the gathering crowd, Jesus proclaimed:

“Truly I tell you, among those born of women there has not risen anyone greater than John the Baptist; yet whoever is least in the kingdom of heaven is greater than he. From the days of John the Baptist until now, the kingdom of heaven has been subjected to violence, and violent people have been raiding it. For all the Prophets and the Law prophesied until John.  And if you are willing to accept it, he is the Elijah who was to come. Whoever has ears, let them hear” (Matthew 11:11-15).

Whoever has ears. That’s pretty much, well, everybody. Except maybe those lepers over there. (But Jesus had just declared His intent to cleanse them, so, technically speaking, when Jesus said everybody, He meant everybody).

So Jesus is saying this: Of all of the millions of people born on this planet, John was the greatest. Even John’s doubt was seen by Jesus as a mark of faith (faith is nothing if not honest). But if we are willing to consider ourselves least in the kingdom of heaven, then we, WE are even greater than John himself. And if the kingdom of heaven – our place with Him, forever – is being subjected to violence, instead of reacting with more violence, more anger, more self-righteous bluster, our response instead needs to be….gentleness? Faith despite the doubt?