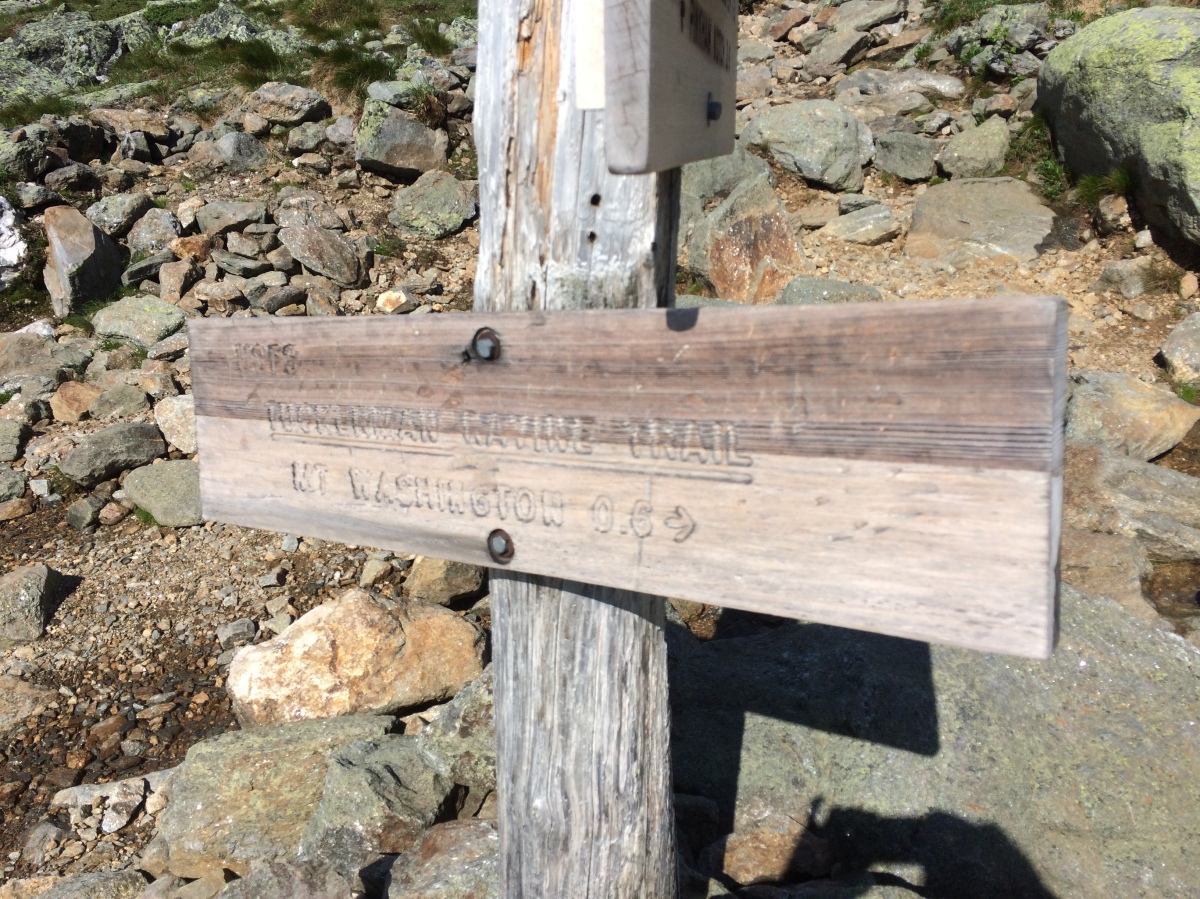 This past Tuesday, I had wanted to fulfill a long-time desire to see the Alpine Garden on the flank of Mt. Washington, but 60 MPH winds and a 40% chance of rain left me hiking in another direction. 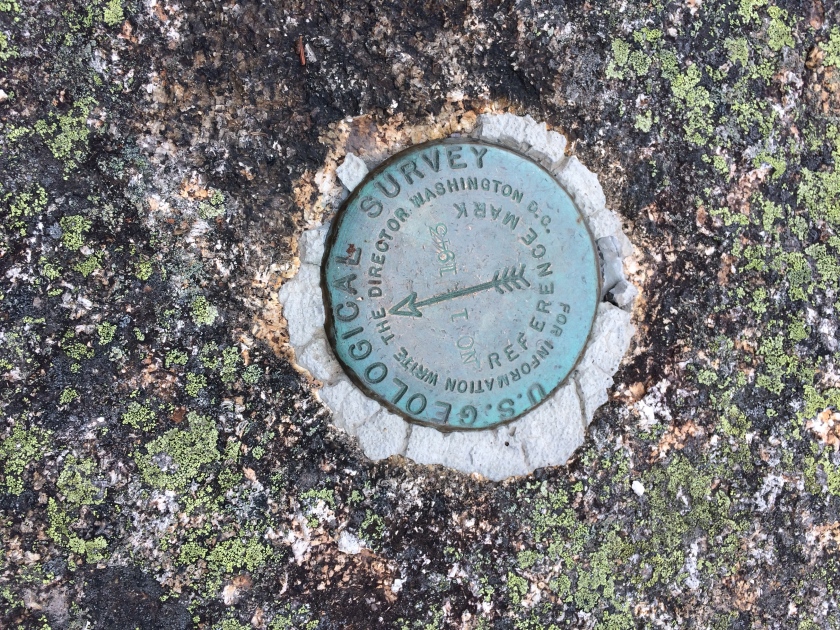 I’m starting to learn that blindly bulling ahead with a pre-pictured agenda is not always the best option; rather, by surrendering to the circumstance – accepting what-is and trying to find the good in it – is a much brighter path.

Mildly disappointed, I scoured for alternate routes using a road atlas, the only map I had at my “summer house.”  (Ha! This “summer house” is really the only house I own, but it lies mostly vacant during the school year, when I live elsewhere, in a dorm, attempting to instill order to a hallway full of monkeys, I mean, middle school boys.) (Would-be thieves, please note: I’m a teacher. There is nothing of worth in my house, except perhaps the television, which I never watch anyway, so you can have it if you’d like. I sometimes forget to lock the door, so there’s that.)

I had planned on spending the night before my Tuesday hike sleeping in my car at a trailhead, so I looked for something that would fit that bill. Part of the adventure for me is getting outside early and being first on the trail and part of it is finding a site that’s spooky, but not too spooky, to strengthen my aging courage-muscles. 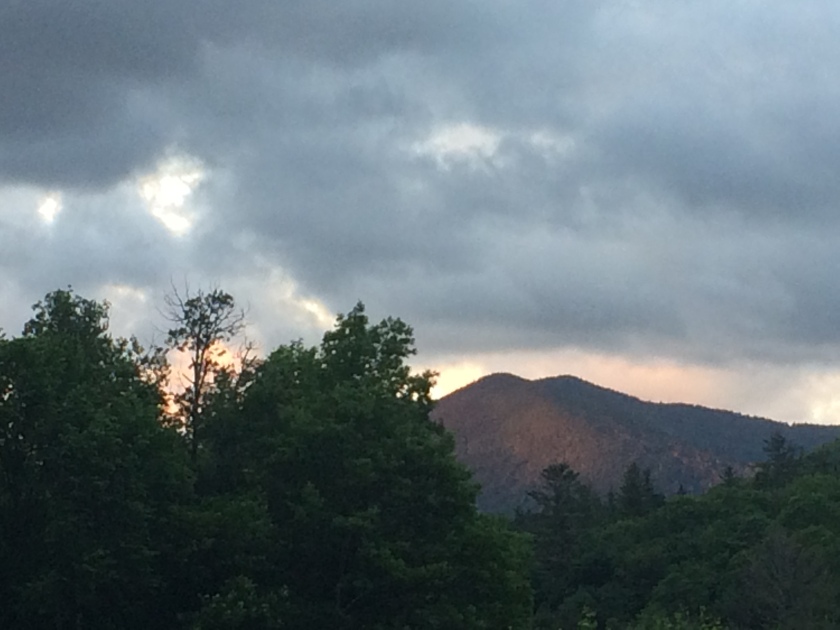 The Davis Path in Bartlett looked promising, so reluctantly entrusting the health of my house to the older boy during what would turn out to be a power-killing storm, I headed north in the dark.

Finding the trailhead in a downpour proved tricky, so I pulled into another lot instead, snuggled into some downy fluff, and listened to rain thump the roof.

Finding the Davis Path was a cinch the next morning, so it was straight up for a few miles to start checking off some of the peaks from New Hampshire’s “52 With a View” list: Crawford, Stairs, and Resolution. I had heard of this list before from a fellow author-friend, Dan don’t-even-try-to-spell-his-last-name.

His book The Adventures of Buffalo and Tough Cookie is a great resource for anyone wanting a scaffolding for potential summer hikes. 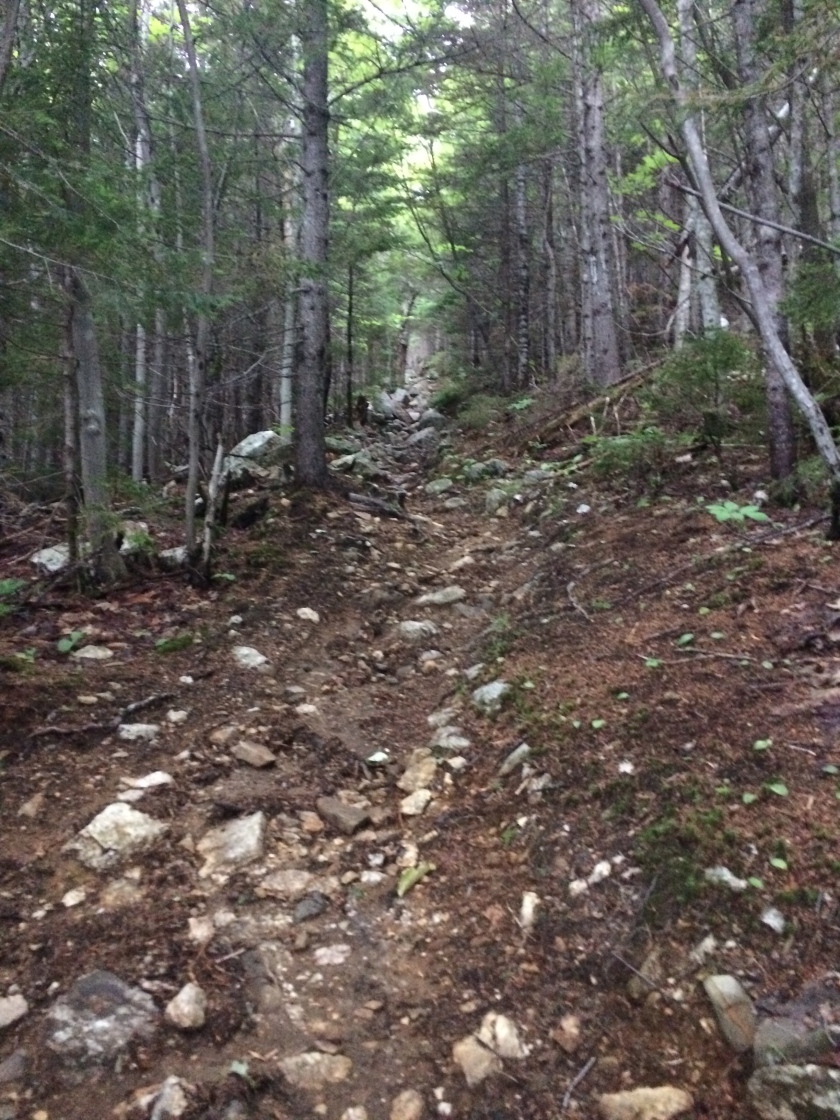 The beauty of this list is, of course, that every peak has a stunning view at the top, usually from open slabs that are expansive and exposed. 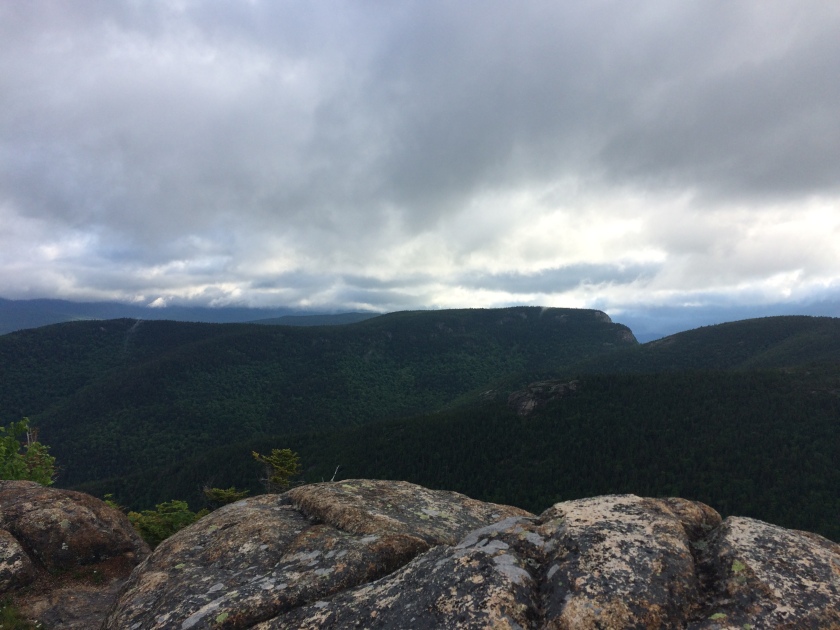 I passed only two people and two dogs all day, and the reflective nature of the mountains was good for my soul. It wasn’t the wild Washington trip I thought I had wanted, but it turned out to be a much better match for my mood.

Plus, I didn’t die, so that was good.

Another time-window opened up later in the week, and Washington’s forecast was only half as nasty as before.

When the youngest and I hiked the Appalachian Trail some years back, there were many high traverses we did in crazy wind and weather, but there is a difference in having to walk through that stuff and choosing to.

Choosing to this time, with the option to bail if it got too awful, I slept a few miles south of the Tuckerman trailhead in an undisclosed spot (camping and fires are prohibited along Route 16 – but sleeping in one’s car doesn’t count, does it?) and was rewarded with a stunning sunrise. 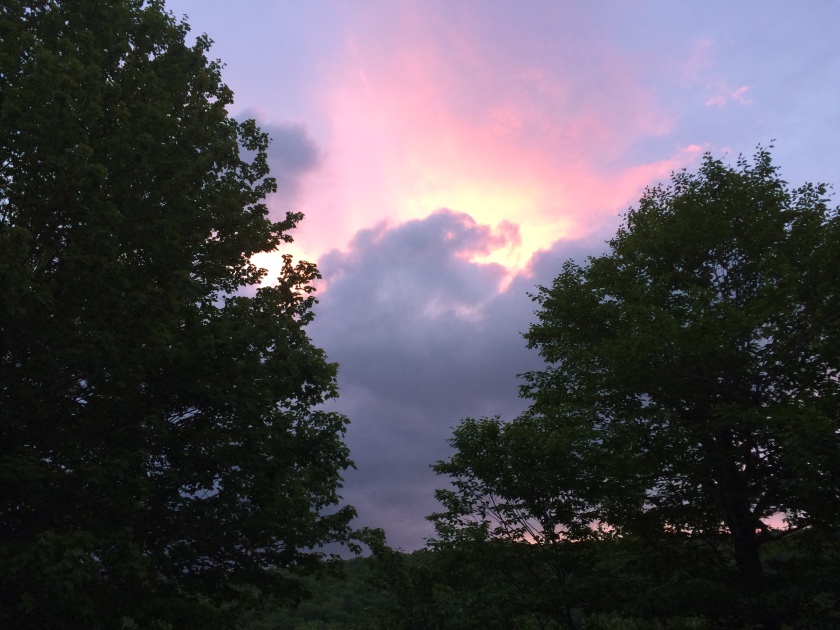 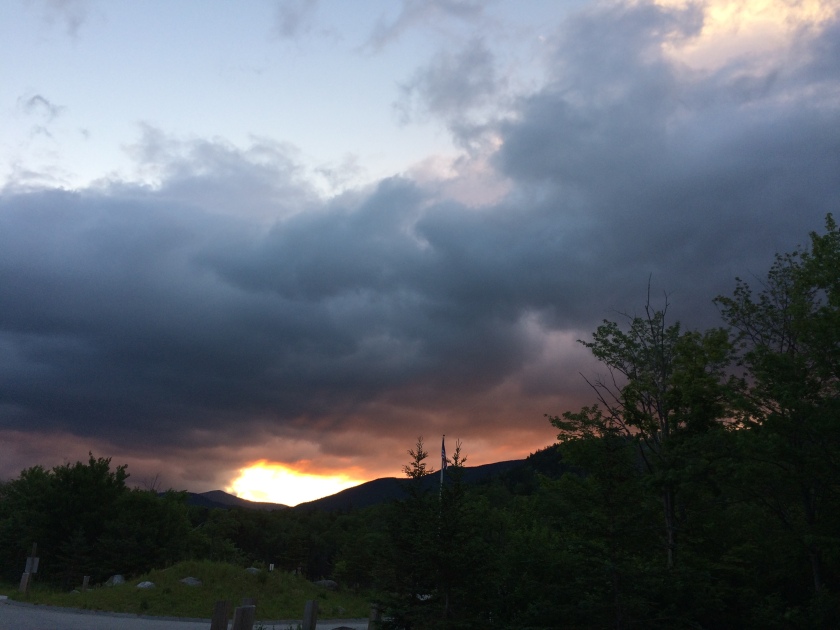 There was no one stirring around Pinkham Notch, so I crept on through and up the Rock Pile.

Maybe it’s just me – I do have a penchant for getting lost – but with all the money the AMC pulls in, you would think they could invest in some more obvious signage. I was pretty sure I was on the Tuckerman Ravine Trail, but none of the signs was willing to reassure me that I was.

With all that vertical – 6, 289 feet – I was just looking for a little confirmation.

Confirmation arrived some two miles later, at the base of the headwall. So I was on Tuckerman Ravine Trail; I just couldn’t stay on it.

Still lacking a decent map (this time I was using an old novelty bandana – how hard could it be to find the top of New England’s highest mountain, after all?), I headed up the Lion Head Trail into the wind.

Ruggedly steep and blasted by squalls, Lion Head gave me the shivers.

One minute the view was clear and unobstructed, the next it was veiled in fog.

Vestiges of snow clung to the crags.

Hiking alone is something I both love and hate. 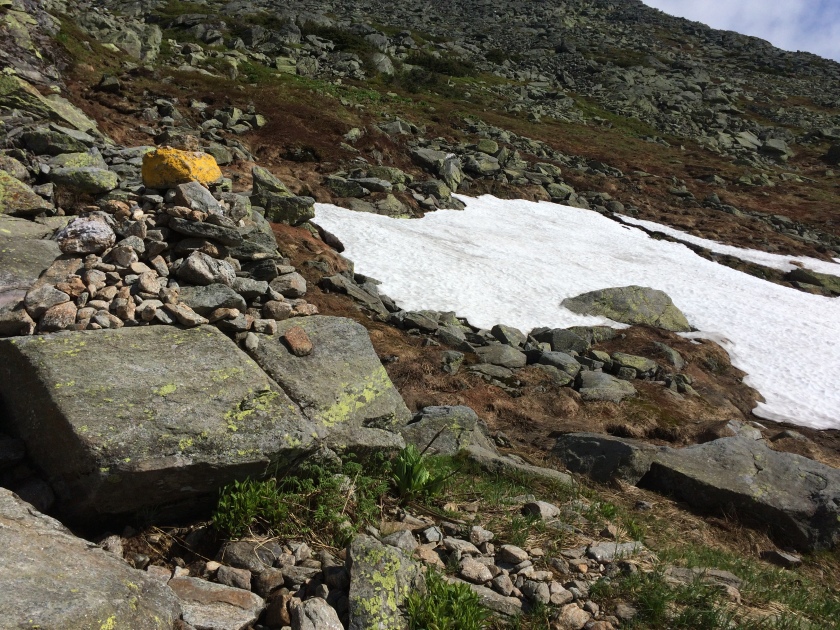 I love the freedom of going my own pace, listening or not listening to whatever I like, and thinking uninterrupted thoughts. 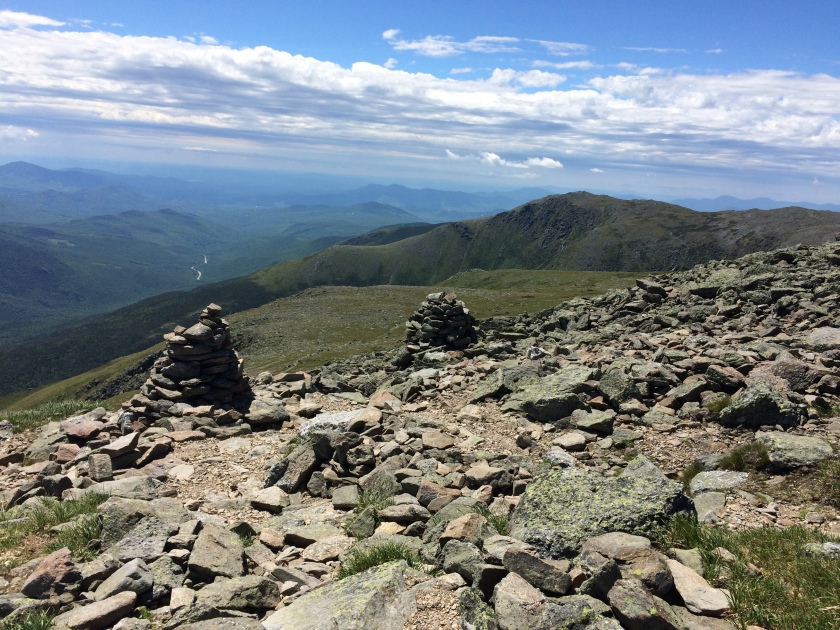 I hate being afraid by myself.

Even though my son was only 10 when we hiked the AT together, he was clever and brave. I could always count on him in a crisis, even when it was one of our own making. Spooky is one thing; stumbling to one’s death alone on a gusty peak is another.

Sometimes I get to a point where it would take more courage to turn around than to keep going, so I stopped taking pictures to focus on my footing and kept climbing up. 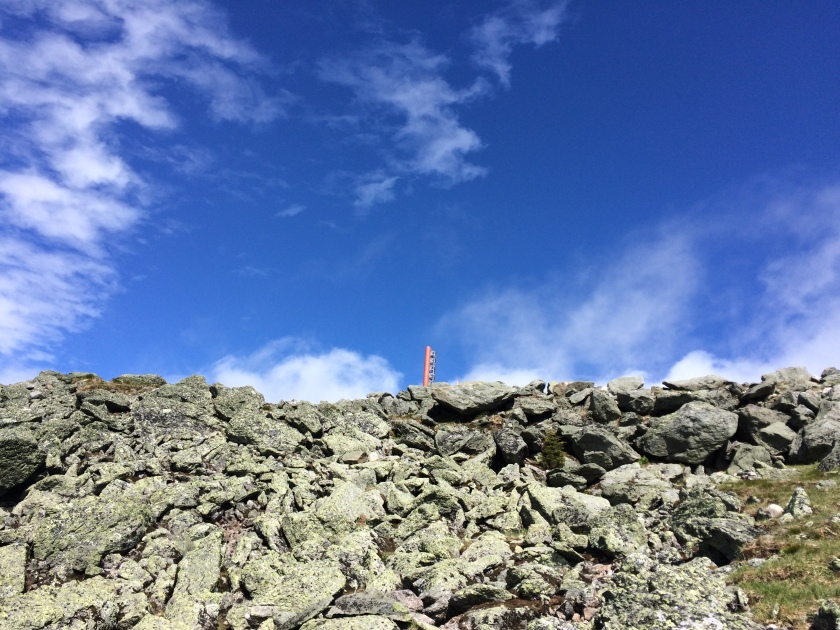 I had forgotten how stark and sharp all those rocks were toward the top, but thankfully the radio antennae soon came into view and I was able to settle down at the summit snack bar with a hot cup of coffee, watching the cog spew smoke and spying on a thru-hiker fussing with his gear the next table over.

At last, I felt ready to see the Alpine Garden. Somehow, in all that terror, I missed the turn-off, so I had to wind around the back side of the summit on the Nelson Crag Trail to hook up with the Alpine Garden Trail.

It added a mile to my down, but it was a mild mile, so I didn’t much care.

I would like to say that I was as excited as the two aunties I met, face buried in their alpine flora identification guide.

But I was more like their young nephew tag-along, who was counting spiders, playing the lava rock game, and quoting the Lego Batman Movie. 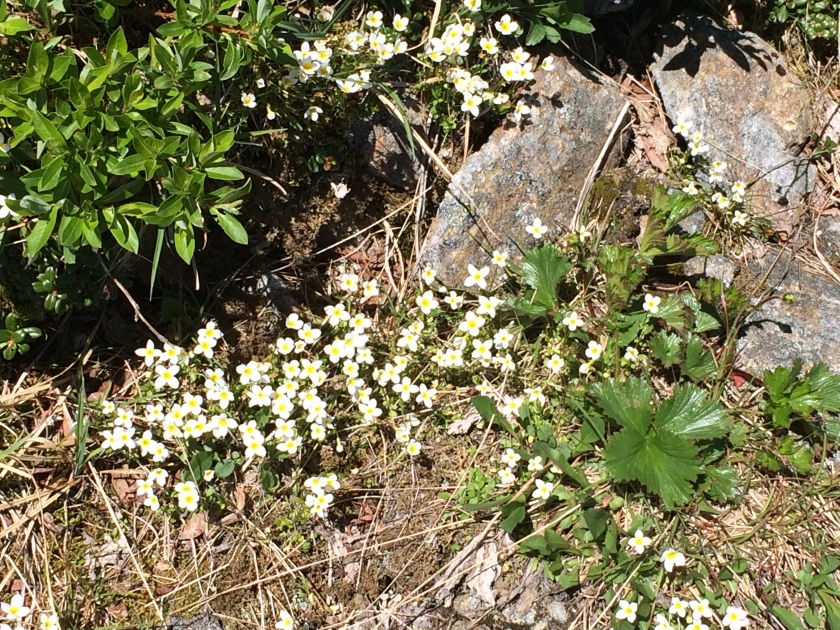 Don’t get me wrong – it was pretty.

And maybe that’s the point: perhaps one comes to Washington to face one’s fears, not look at flowers. 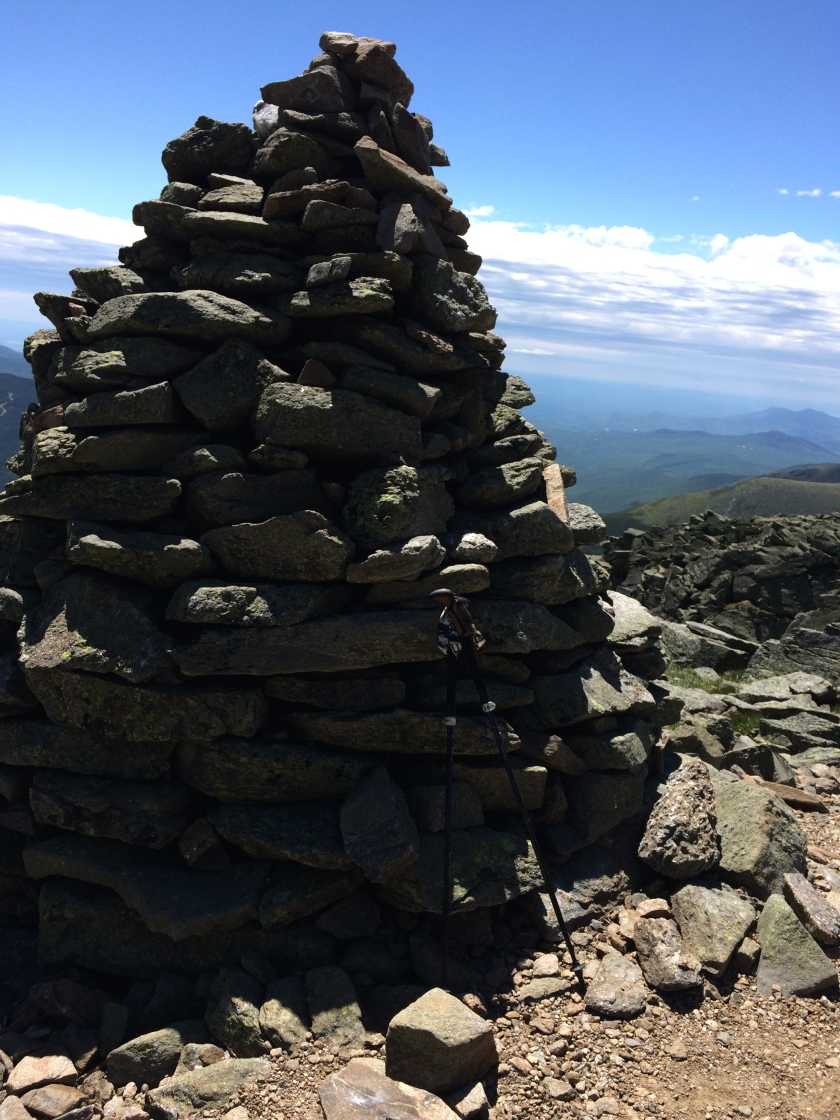 Either way, I felt blessed to have done both, even though the plan took longer to execute than I had originally foreseen. 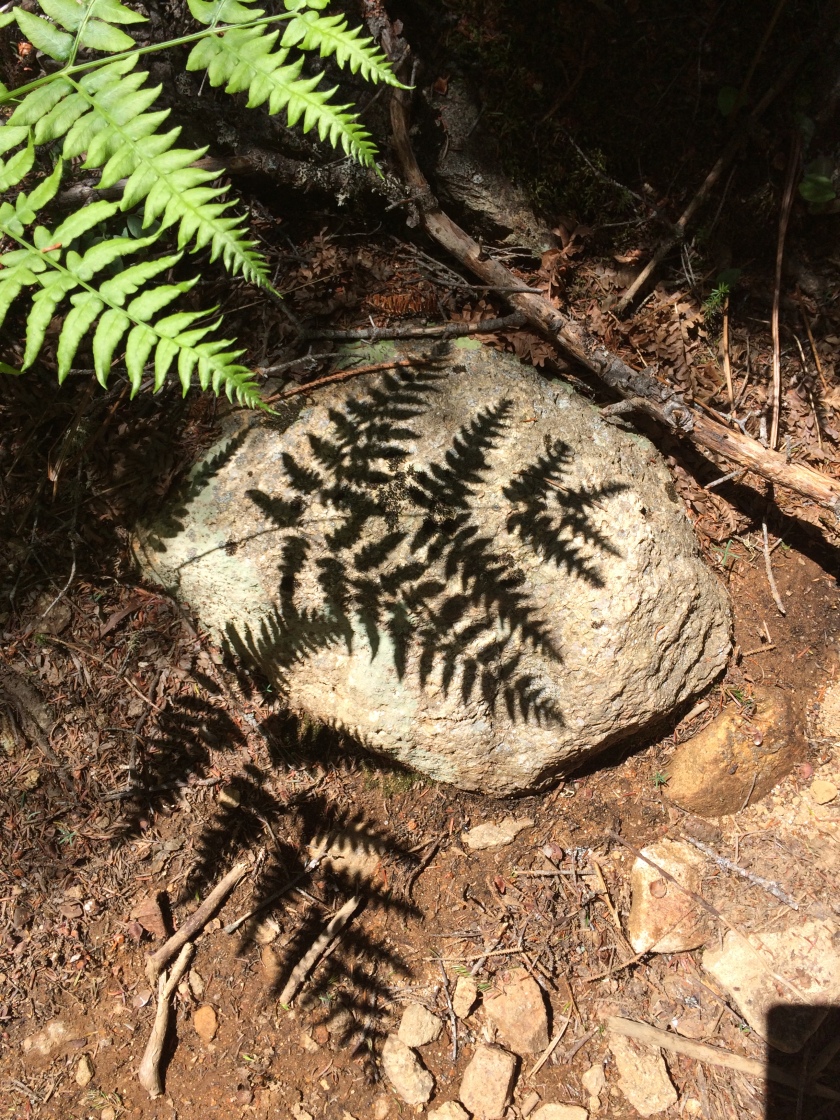 So that was good.