This was a tough milestone, as that was the age of his brother when he crashed his car and became a citizen of heaven.

When they were little, my children believed all sorts of silly, erroneous things, as children are wont to do. As a child, I myself once believed that when your parents wanted to move, they would have to find a family to switch houses with, and I wondered how anyone was ever able to move anywhere at all.

My kids used to think that they would be able to catch up in age with their older siblings, stealthily gaining ground year by year, until, at last, they became the oldest, usurping all the rights and supposed privileges of the eldest, favored one.

Now, it almost seems as if this has come true. 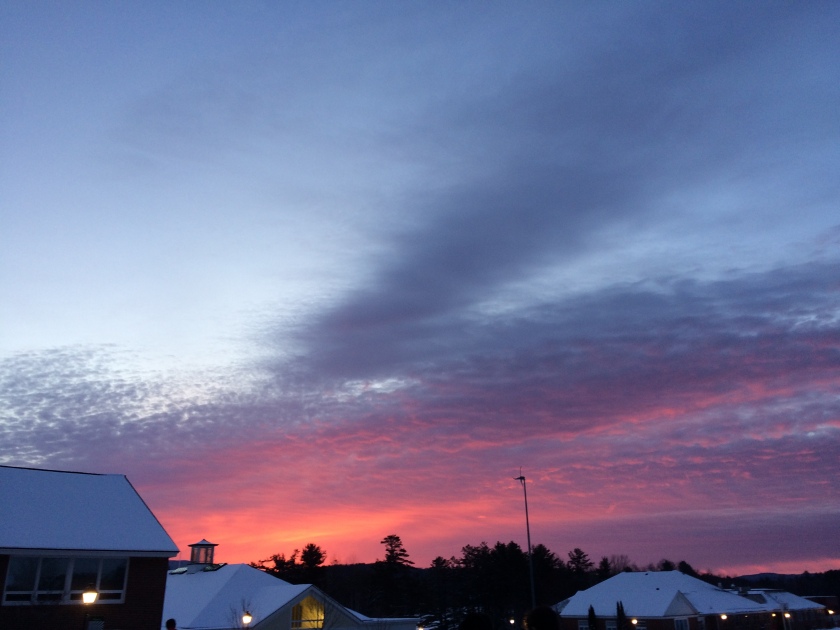 I’m listening to a book called All Things New by John Eldredge. In it, he describes what the Bible actually says about the afterlife, and it is astounding. Hearing his words, I felt like a child again, finding out that my neighbors were not going to have to swap houses with some random people from New Jersey.

He speaks of what Jesus refers to as the palingenesia, or “Genesis again.”

When we die, heaven is just the place we wait until Jesus returns to restore, renew, Genesis-again everything to a state even more glorious than what we might imagine even heaven to be like.

Heaven must receive him until the time comes for God to restore everything, as he promised long ago… (Acts 3:21)

He who was seated on the throne said, “I am making everything new!” (Revelation 21:5)

I’d read those verses, but somehow I had missed it. 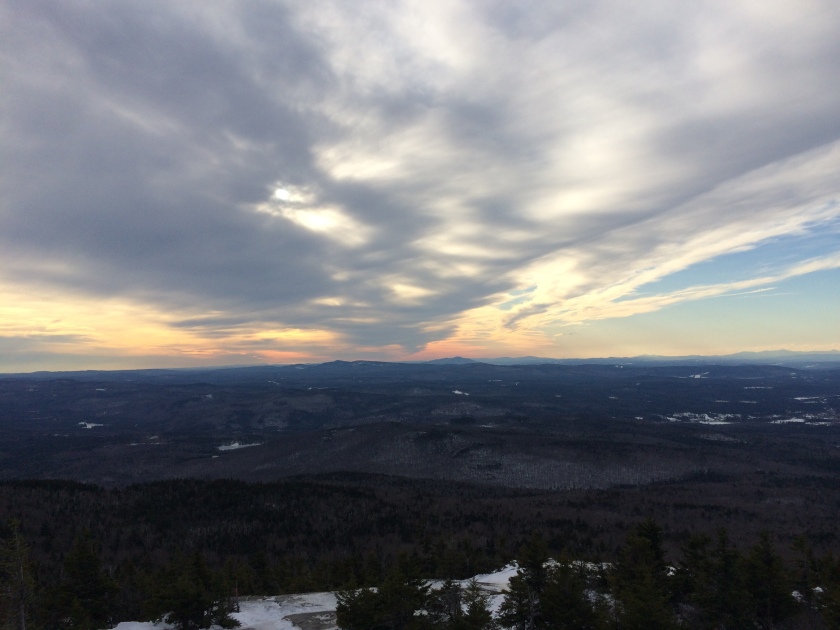 The thought of living in this new earth, free of stain and sorrow, makes the waiting bearable. 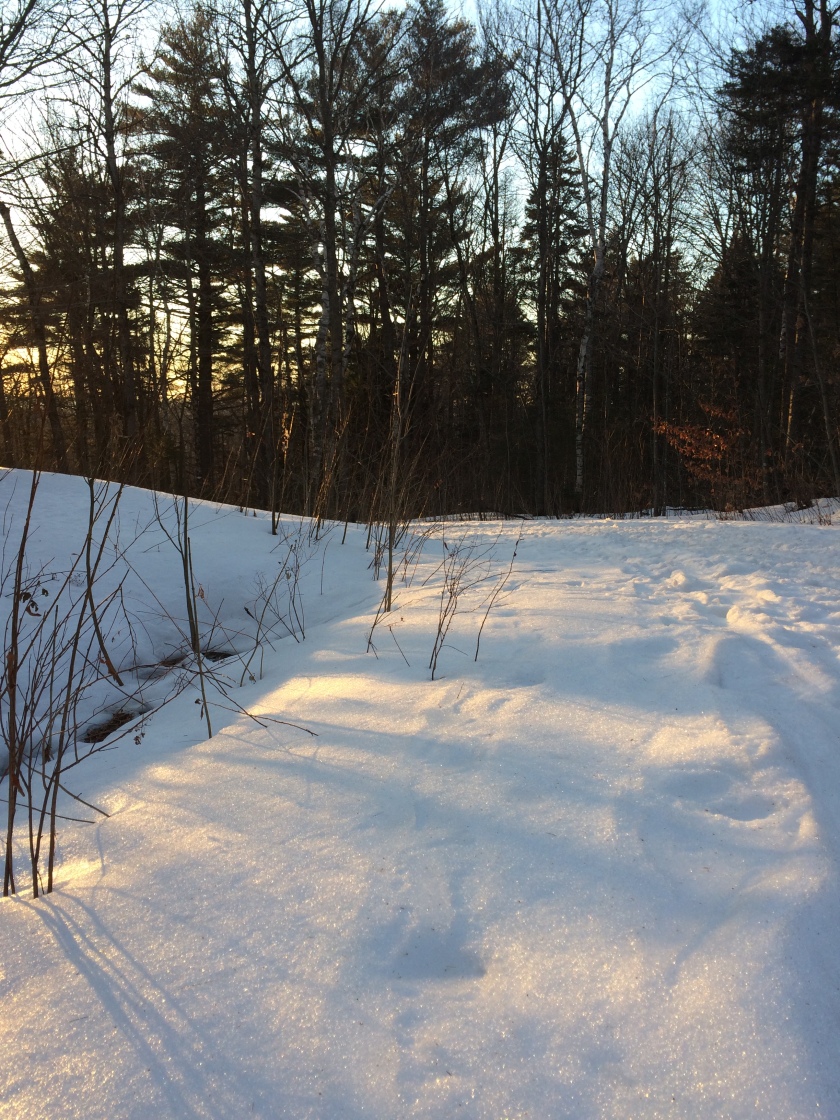 After uncovering a nefarious plot in my father’s assisted living community to leave the residents woefully un-caffeinated (a headache, ever after drinking two cups of their supposed “coffee”), and after a faculty pond hockey game was cancelled due to decidedly un-wintery weather, it seemed there was still day enough to head up the muddy access road to check January off my list.

Conditions couldn’t have been better. 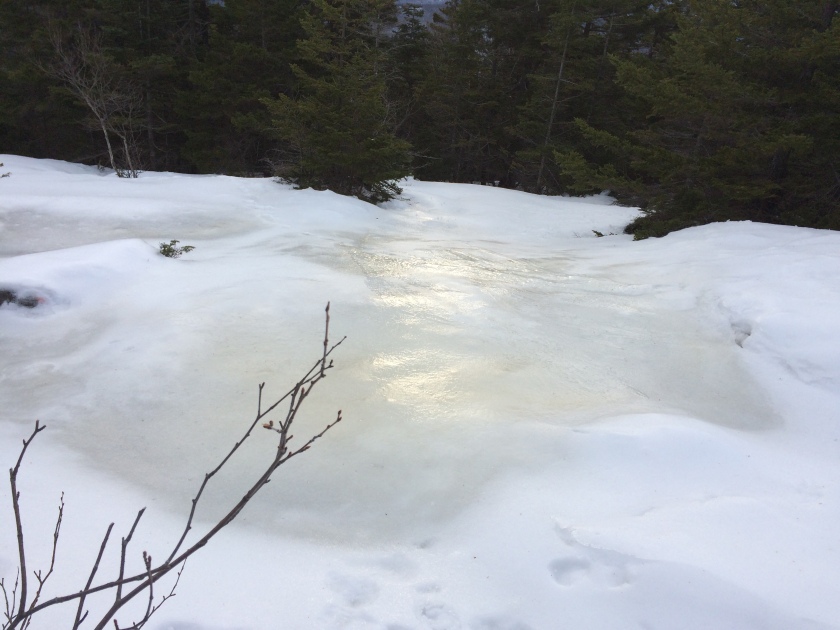 Although icy in spots, it was warm and sunny, with just enough wind at the top to feel vindicated in carrying a hat.

Bare rock even poked through in places.

Eldredge posits that in this all-things-new earth, we will be able to return to all of our favorite places. They will be the same places, but better, newer somehow. 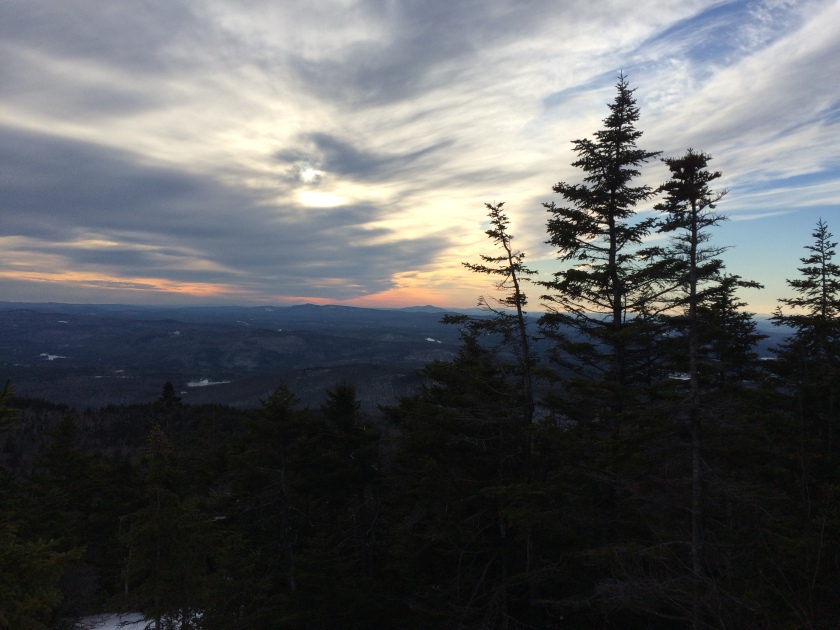 It’s hard to imagine a place more beautiful than Cardigan was today.

The son who was first to arrive, to wait for the palingenesia, used to be afraid of eternity. He couldn’t wrap his little-boy mind around its enormity, and he sometimes cried that he wished it wasn’t true.

We cannot wait to catch up with you.

2 thoughts on “On Climbing Cardigan – January”